Rippa Dorii is an Ontañón Familia project based on the wine-growing areas that separates but unites the Duero River.

Wine is a way of regarding time, a way of understanding and interpreting the mark left on the senses by a land. That was the idea which gave rise to the Rippa Dorii project, the search for the deepest imprint of the wines of Castile, of a tradition marked by a history which seems to have begun with the arrival of the Vacceans in the Duero Basin around the 7th to 5th centuries BC. Estrabón describes the area of Vaccea in volume 3 of his work Geografía as a poor, arid space with a lot of woods, large valleys like the Duero, the Esla or the Pisuerga. But perhaps the key moment in the start of viticulture in Castile dates back to the Reconquest when the lands of the Duero became a battleground and the scene of skirmishes between Moorish and Christina troops, a halfway point between Al-Andalús and the incipient Astur kingdom, a no-man’s-land which nevertheless was clearly suited to the medieval agrarian economy. New settlers decided to inhabit these flatlands and little by little a dense network of royal towns was created in the Tierra de Campos and along the main river courses.

As explained by Julio Fernández Portela in his doctoral theses on the wine industry and viticulture in Castilla León (Universidad de Valladolid, 2014), at this time the vine began to assume a degree of importance as a crop for settlers which helped a new population to put down roots. It took three to five years to see the first fruits, which meant the people growing them had to stay in the same place to get a return on their investment. So a series of measures were put in place which contributed to their reconstitution and expansion, such as presura and the complant of vineyards. 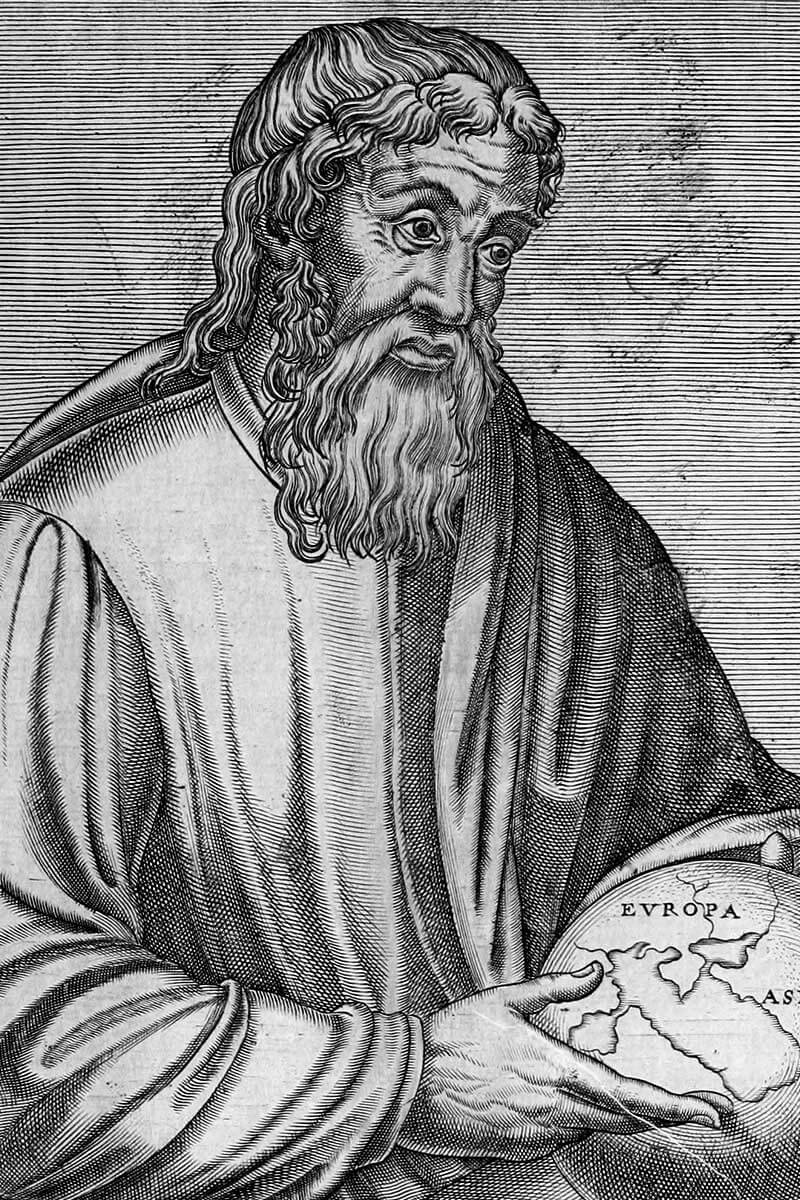 Presura, also known as aprisión, presión or escalio in other parts of the Iberian Peninsula such as Aragón and Navarre, and aprisió in Catalonia, consisted in the ploughing of abandoned land by a person for cultivation, and in this way, enables a population to establish itself and settlements to form.

Complant of vines, later called ‘complantatio’, has been used in Castilla y León at least since the 9th century. It consisted in the assignment of land via a verbal or written agreement between a landowner and another person who would be responsible for farming it. The farmer was responsible for all the necessary work, such as ploughing, planting and tilling, and during the first five years would obtain all the profits produced by the farm, with this passing to 50% of the exploitation after five years.

Vine growing and winemaking in the Ribera de Duero existed before the Romans arrived in the peninsula, since archaeological remains have been found in the burials of Vacceans from Pintia (Padilla de Duero – Peñafiel) which clearly show the important role played by wine for this settlement. The Vacceans are a pre-Roman ethnic group who inhabited the central plateau in the middle course of the Duero and the Pisuerga and which were organised around cities such as Pintia.

Its origins date from the 5th century BC and its decline occurred in the 7th century AD, after having been Romanised, with the Visigoth occupation. In the necropolis of this site a vessel dated as being 4th century BC was found in which analysis has proved the presence of wine, although not vines, although this has not been ruled out because recent explorations in the former settlement of Cauca, nowadays Coca in Segovia province, have unearthed grape pips, so it is not unreasonable to think that they were also grown in this area.  In the burial ground of Las Ruedas de Pintia, examination of ceramic vessels and the tartrate salts found in them are evidence of the consumption of wine in glasses and kraters, mainly, by the higher status warriors, although the social interpretation of certain prints have shown that women and even children shared this precious element in the funeral banquet.

During the 1972 harvest in Baños de Valdearados a 66 square metre roman mosaic was uncovered, considered to be the largest pieces with allegories of Bacchus in the Peninsula, which confirms that winemaking has existed in this region for thousands of years.

The Reconquest is a crucial period in the development of viticulture in the Ribera de Duero area, since it was accompanied by the resettling of a space that had been devastated during the wars between the Christians and moors. In this process the monastic orders which set up all over the territory regained were of great importance, in order to re-establish the Catholic dogma.

One of the key moments for the wines of the Ribera del Duero was the foundation in the 12th century of the  Cistercian Monastery of Santa María de Valbuena. The Order of the Cister was created in 1098 by Robert of Champagne, who established his first monastery in Citeaux in the heart of Burgundy. With the entry of the congregation of Bernard de Claraval, the Cister spread all over Europe and ended up building over 200 priories. These Cluny monks brought vines with them from French Burgundy and planted them in their extensive lands, as they received huge endowments from kings and nobles, achieving a vast amount of land between the rivers  Duero y Esgueva.

Wine from Castile is so deeply ingrained in the history of the culture that its own crises correspond to cultural crises. So, when phylloxera spread through the lands of the Duero in 1898, on top of Spain losing Cuba and the Philippines, it left a whole generation with no wine.

As the historian David Sánchez explains, in the 18th century in Ribera del Duero, the spread of winemaking which had begun in the previous century continued. Nevertheless, according to the Land Survey of the Marqués de la Ensenada, the vineyards of Peñafiel, Pesquera and Curiel were not very extensive although the wines from these towns were already highly valued. Ribera wines were exported to other parts of the province, such as Medina de Rioseco and Tierra de Campos, which were demanding a higher category of wine than those that they were able to produce themselves, even though these were not very significant either.

The wines of Ribera del Duero began to differentiate themselves due to their dark colour, a pleasant taste and low alcoholic strength which contributed to their not keeping well. This meant the wines did not survive the summer and large quantities were wasted when the hot weather arrived. The wines of Pesquera and Curiel were spared this mediocrity because they enjoyed certain qualities which made them different to the others. This was known by the small producers in other towns such as Peñafiel which made it difficult for the muleteers who transported the wine from Curiel to the Tierra de Segovia, so they tried to give this town a wide berth by using more distant paths, Peñafiel had its own markets and supplied wine to cities such as Palencia, Vizcaya and the north of Spain., making the product one of the main sources of tax collection. The problems of conservation, over production and the increasingly more limited markets led to a decline which forced them to develop new production methods. To make use of the wine surplus, part of the harvest was converted into alcohol so that at the beginning of the 19th century Peñafiel had several factories where spirits were distilled.

In the mid 19th century, there was a turning point in the Ribera del Duero, the first seeds of the wines currently made under the Designation of Origin (D.O.), with the establishment in Valbuena de Duero of Bodegas de Lecanda from Bordeaux. The need for early-ripening vines adapted to withstand the cold led Eloy Lecanda to import French Cabernet Sauvignon, Malbec and Merlot vines which were added to the autochthonous Tinta Fina of the region already planted in the zone. In addition Bordeaux production techniques were also implemented in order to obtain prestigious aged wines, a process which had already begun in La Rioja. In 1890  the Bodegas Lecanda changed hands and the name was changed to Bodegas Vega Sicilia.

Since 1982, the Ribera’s winemaking district has had its own Designation of Origin. The initiative of the traditional bodegas was supported by the work of the small growers who year after year produced exceptional wines which were regarded as among the best Spanish reds. And this legend was strengthened by the contribution of good winemakers

You can find out more about which cookies we are using or switch them off in settings.

This website uses cookies so that we can provide you with the best user experience possible. Cookie information is stored in your browser and performs functions such as recognising you when you return to our website and helping our team to understand which sections of the website you find most interesting and useful.

Strictly Necessary Cookie should be enabled at all times so that we can save your preferences for cookie settings.

This website uses Google Analytics to collect anonymous information such as the number of visitors to the site, and the most popular pages.

Please enable Strictly Necessary Cookies first so that we can save your preferences!